This is a part of our Velocity Based Training Roundtable with Dr Bryan Mann, Travis Mash and Evan Lawton from Gymaware.

- So would you still use RPE or RIR with VBT or VBT covers that, basically?

- I would say covers it. I mean, you could, I guess you could, if you wanted to, validate RPEs. It might be good to, like, say you don't have it all the time it'd be good to see if someone who's really, the reason RPE is not a huge favorite of mine is because it's so subjective. It's like someone says, "Oh, I only have one rep left in the tank." And then did they, if they're still moving at .7 meters per second, no, you had way more than that. So I would, I mean, Brian is the expert, but I would say, I would just, if you have velocity, stick with velocity.

- Yeah, I would look at, you know, there was that paper from East Guierdo years ago, and there's another paper that came out of ETSU, and I can't remember, I can remember what the guy looked like, but, man, I'm havin' a brain fart on his name. Where they were lookin' at reps in reserve and the corresponding velocity. So then you could just use that, I'm gonna go till I'm at this rep, and maybe I wanna be two or three reps from failure so I know what that velocity is, and I don't want to go below that.

- So basically VBT is quantifying RPE.

- Yeah. Well, actually it's quantifying RIR, which may, you know, it could quantify RPE if you use the RPE like Mike Tuchscherer does with how many reps from failure, and, you know, ten reps, it's like I'm at failure.

- Yeah, so the way that he looks at it, which I've never talked to Mike and I've only read a couple of his articles, so I might have that completely messed up.

- No, you're right, he was on my podcast too, and I like him. And if you don't have velocity, I'd say the RPE with RIR is, like, the way to go, but if you've got velocity you just don't need it, I don't think.

- And honestly, RPE for powerlifters has been found to be shit. Because everybody knows that for a powerlifter it was either misgrooved it, or it's a smoke show.

- You know, no powerlifter is gonna say that it was a nine and a half or a 10.

- No real one, I know there's a lot of 'em that do that, but no real powerlifter's gonna say that.

- It works great up until about an eight and after that you're, you lose validity.

- You know, I think you can use, if you go for velocity, use it to inform your RIR, and it can help, depending on what group you're working with but, you know, soft of, less trained group athletes, you know, they can need a little bit more educating in reps in reserve, so that's, you know, the velocity, you can say how many reps in reserve you had because we had you down to about two. And they're like, "Really? "No, man, I had five!" And you're like, "Well, you need to learn, "because you were a little bit off there." But they can complement each other, I think, but I think I would use velocity to inform the other more than the other way. I wouldn't use your reps in reserve, but I don't want to harp on about it. You need a system that's giving you a reliable velocity to be able to say how many reps in reserve have we got.

- I suppose they're on the

- Yeah, I was just saying, if you're not getting those consistent velocity outputs then that's gonna add variability into that prediction of reps in reserve.

- Yeah, anytime you could take subjectivity out of like, especially high end athletes, that's what you wanna do. And like RPE and RIR both have too much subjectivity for me, so I would say that measure that mess, and, like, don't have any doubts about what is and what isn't. 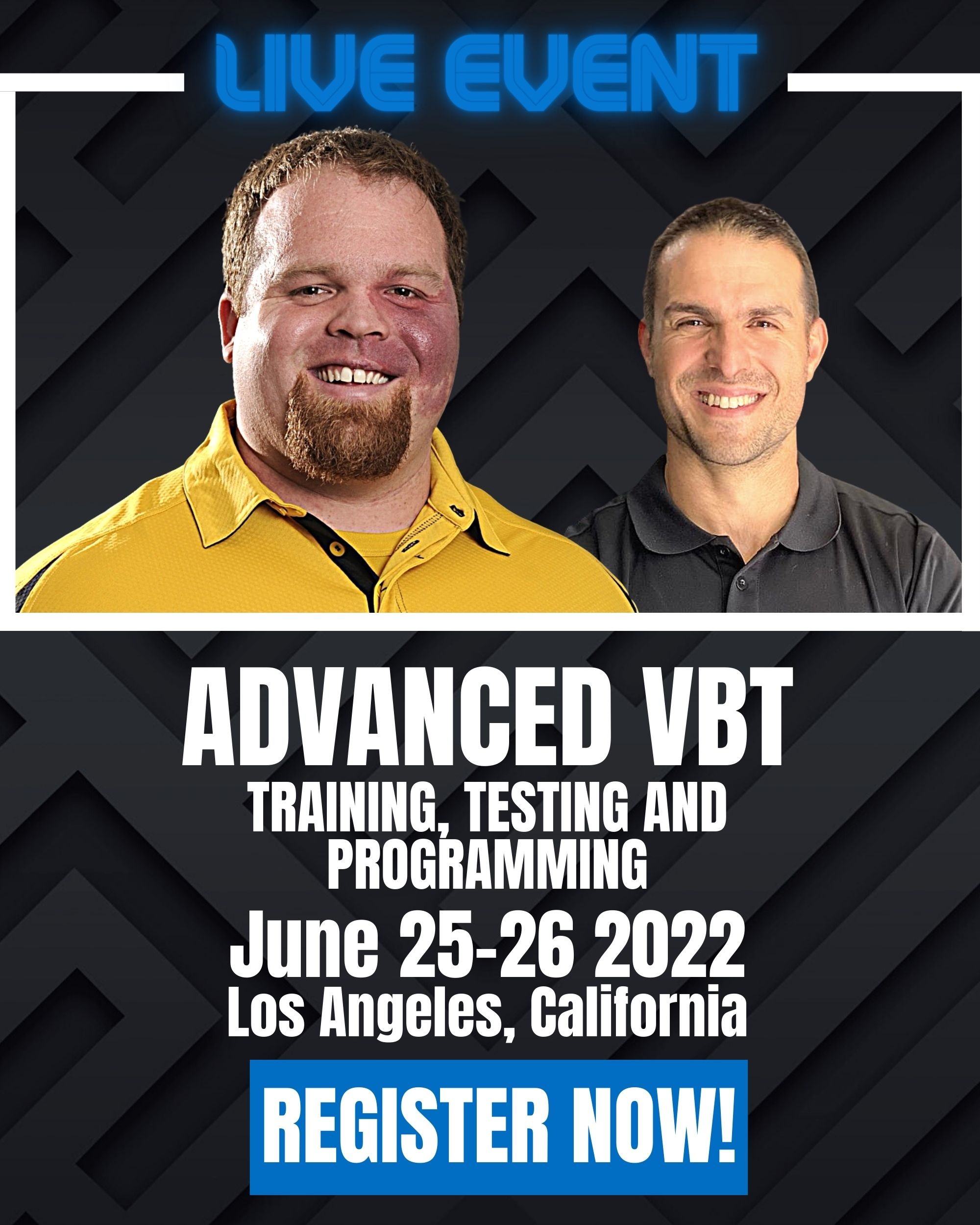 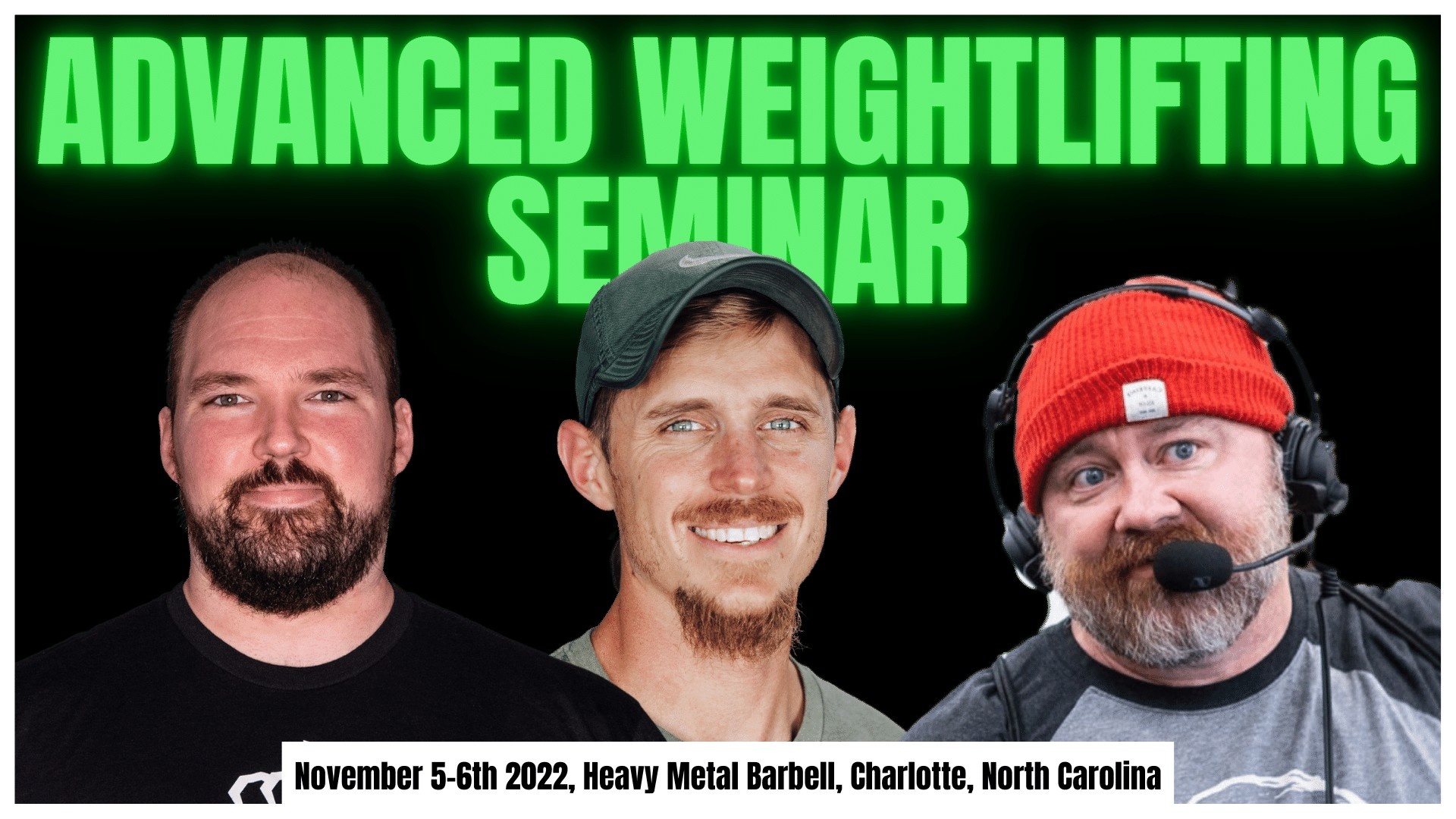 THE MOST ADVANCED WEIGHTLIFTING SEMINAR EVER!